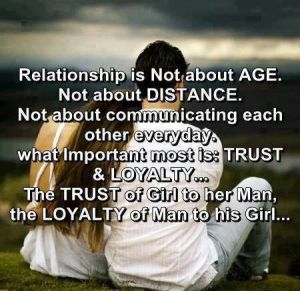 Dara lived in a small town with parents who were morally sound and family oriented. She went to church from her earliest remembrance and was baptized when she was twelve-years-old. In high school, she began dating David. After Dara went off to college, both of David’s parents died. He was lonely and missed the close-knit family he had once enjoyed.

After Dara’s first year of college, David began to talk about marriage. Dara was torn, but made the decision to marry David and continue working toward her degree. But after the wedding comes the marriage – something that neither the two were prepared to face.

After five years, Dara was bored with the marriage, restless in her job, and disappointed in her husband. While working in a medical office, Benjamin, a salesman for an international medical supply company took on their account. He was older and lived what seemed like an exciting lifestyle.  It started as friendly bantering, which progressed to enticing flirtation. Dara found herself looking forward to Thursdays—the day the rep made his weekly visits. She looked her best on Thursdays!

A touch here, a lunch there, and soon an affair ensued. Dara packed her bags, left her marriage, quit her job, and moved on to greener pastures.

But the greener pastures weren’t so green. Thorns infested the relationship. Benjamin wasn’t interested in a long-term relationship. Dara was just a young plaything he toyed with on weekends.

What promised to be an exciting life, away from a mundane, monotonous marriage, turned into a deep, dark pit of regret and remorse? Dara discovered Benjamin wasn’t anything special. He was just someone different. And she was his flavor of the month. After her divorce was final, Dara was left all alone in a strange town. What have I done? She cried….What do I do now? hmmmm.

So, every time we take a bold step outside our comfort zone to embrace the world, we encounter different kinds of people. Some with great personality and such charm that melts our hearts and keeps us trapped in their love spell. Some simply splendid and down-to-earth and oh-so comforting to be with!

Some with over-bearing explosive ideas on life and some with genuine uniqueness that radiates true beauty from inside. We get trapped, spell bound, speechless, astonished, and we fall in love with what we see that we like, and ignore the impossibilities.

Relationship, be it before or after any form of commitment requires consistent grooming and trimming. Whether it’s a friendship built on trust that leads to marriage or a courtship of convenience that’s meant only to quench our initial thirst. The end result is a binding force of conflicting emotion, while the refresher is an eye opener.

One of the most important advice I’d received on my wedding day was from my late adopted grandma, Mrs. Oke (who was also my next door neighbor in Lagos) She’d come over as I was getting dressed and helped dry off the dripping water from my wedding bouquet. As she carefully changed the soaked lace dolly wrap and handed the flower bouquet back to me, she titled her glasses to balance on the tip of her nose and looked into my eyes… ’My dear Yinka, I want you to see this union as a can of soup. To enjoy the savory taste inside, you will need to open it with the right tool, pour it out with care and then still make effort to control its temperature , just to soothe your heart” – that was almost 18 years ago. And really, it did not make a single sense to me! Seriously, all I could think of at that moment was walking down the aisle in my dad’s arm! But I replied with a big smile “Ha-ha Mama ‘am getting married now! Why this riddle now?’Lol.

Fast forward to today: I met with a young man in his late twenties during a group therapy session. Cordial, respectful, outspoken with a crazy sense of dry humor, and oh-so-matured for his age! There’s a poise and passion/strong will to excel aura about him, you could feel his drive and hunger to intentionally grab the world by the horn and twist it to his agenda!

Instantly, He’d informed me, “I don’t believe in marriage! But I believe in love and keeping a serious relationship without the hassle of marriage. I don’t think there is anything else in this world that feels as wonderful and as natural as falling in love. But Ms. A, don’t you think it’s reckless to swear an oath to love one person. It’s completely and truly unrealistic, unnatural and unnecessary to force people to stay together with an artificial binding contract. The society may prefer to call it marriage but trust me, it’s nothing more than imprisonment. Love is one emotion that can neither be controlled, so it’s better to let it run its natural course, however long that may be, and die out on its own”.

He’d mentioned growing up in a broken home where there wasn’t a father figure for him, and practically all the people around him never visited the aisle. “Marriage is not cut for me” he said as he looked up into the ceiling, lost and getting emotional. I sensed tension!

“Where did you get your boldness from? He asked, trying to change the topic. I pretended to look puzzled and alarmed. Hmmm I’d answered with a smirk of mischief. He looked at me squarely and said, “African women don’t discuss deep stuff! – He managed to whisper…aha! that was all we needed to ease the tension…we both collapsed into a deep heart-warming laughter that caused heads to turn in puzzlement! ‘What could they be talking about?

So, is marriage overrated? Can we really give ALL of us in a marriage? or in a relationship? Are we living in a paralyzed society that sees marriage as handicapped? And people who fall for it as disabled? Part of the problem with the word ‘disable’ is that it immediately suggests an inability to see or hear or walk or do other things that many of us take for granted. But what of people who can’t feel? Or talk about their feelings? Or manage their feelings in constructive ways? What of people who aren’t able to form close and strong relationships? And people who cannot find fulfillment in their lives or those who have lost hope, who live in disappointment and bitterness and find in life no joy, no love?

In agreement with my young friend, I feel marriage is all about the person and the circumstances. Most people usually get married because they have to, not because they want to. On the contrary I feel that we should all directly pursue what makes us happy .There are a lot of people who are a firm believer in long term relationships but always look upon marriage with suspicious eyes. However they still get married to uphold the culture and tradition. But is it even worth it? Because with marriage would come the stress and pressure of living your life in accordance with someone else?

Who do we blame? Our youthful desire? Our greed for consumption? Our selfishness? The society? The extended family? The problem with society is that they consider marriage as bliss. There are so many people getting married with all the glamorous “Cinderella at the ball trappings”, only to get frustrated and divorced within 2 years or so.  If you are getting married thinking, this one decision in your life is going to take away all your sorrows, then you need to just look around and you’ll see several partners hanging on by the skin of their teeth.

If you consider the institution worth fighting for, the ground is all yours, but just by “getting married” because you “feel like it”: then you cannot guarantee happiness UNLESS a mutual relationship is built on acceptance, trust, loyalty and genuine love…by giving all of you!   ‘To Be Continued!

Yours in HOPE as I share one of my favorite songs by John Legend.

11 thoughts on “Is Marriage or Relationship Overrated? (Part One)”